The pathway to get the only remaining aircraft of its type to fly again started a very long time ago. In honor of Slovenian aviation heritage and to remember how much love and hard work is needed to preserve such an airplane, we present you Libis 180.

ESTABLISHMENT OF THE FIRST AEROCLUBS

The rich history of Slovenian aviation began with the establishment of the aeroclub “Our Wings” in the Kingdom of Serbs, Croats, and Slovenes in Belgrade. With the help of the newspaper “Naša krila”, which began publishing in 1924, aviation became extremely widespread and aviation was gaining more and more attention and interest in Yugoslavia, including in Slovenia. More and more aeroclubs were being established, in Ljubljana, Maribor, Murska Sobota, Celje, Kočevje, Novo mesto, Jesenice, Kranj, Ribnica, Litija, Trbovlje, Slovenj Gradec, and Šoštanj. Extremely lively events and development were interrupted by the war, thus stopping the operation of all aeroclubs in Slovenia.

ESTABLISHMENT OF THE FLIGHT FACTORY

After the Second World War, which brought a lot of destruction, it was necessary to rely on one’s own strength to restore what has been destroyed. Their love for flying remained strong so they worked hard toward this goal. After the renovation of the aviation center in Vršac, some Slovenian experts returned home on the orders of General Lado Ambrožič to organize Slovenian aviation. On September 1, 1945, the Aviation Organization of Slovenia (LOS) was founded. They issued an order to find a suitable place in Ljubljana for a larger workshop or factory to repair or build new gliders. Thus, the workshop Malenšek in Šentvid was chosen as the most suitable. It started operating in 1946. It was named Letov- LE (airplane) TOV (factory).

ESTABLISHMENT OF THE “CONSTRUCTION BUREAU”

Branko Ivanuš was responsible for the mass dissemination of technical and aviation culture, as well as for the development of aviation in Slovenia and international cooperation. As the major of UDBA ( State Security Administration), he was the strongest figure in Slovenian post-war aviation and with his influence, he has done a lot for the development of aviation. From 1946 onwards, the Udarnik aviation workshop operated in Ljubljana, where gliders were repaired. The beginnings of the Construction Bureau date back to 1947 when experienced gliders began to debate about aviation and aircraft construction when there was weather not good enough to fly and later began working in the workplace at Cekin Castle in Ljubljana. Branko Ivanuš gave a decisive impetus to the official operation of the Bureau in 1948. Ivanuš saw the Bureau and Letov as the beginning of the development of the aviation industry in Slovenia. In 1949, he began to persuade members to also tackle motor constructions in addition to gliders. He encouraged the most daring construction ideas. Thus, two groups of manufacturers developed, who enthusiastically cooperated with each other, and no disputes arose even once.

In cooperation with the Design Bureau, several aircraft were successfully built. In 1954, at the initiative of Ivanuš, they began to work on an extensive study on the future of aircraft production in Slovenia. Thus, the Institute of the Aviation Association of Slovenia (INLES) was founded. After the tragic death of Branko Ivanuš, INLES has been renamed the Branko Ivanuš Aviation Institute – LIBIS. Marjan Slanovec was in charge of the construction bureau.

345 MANUFACTURED AIRCRAFT IN LETOV AND LIBIS

The aircraft Libis was the last one to be constructed and manufactured at the LIBIS aircraft factory in Ljubljana. The construction team was led by Marjan Slanovec. They undertook the reconstruction of the KB-6 Matajur sports motor aircraft. This is how the Libis 180 was created, a three-seater sports-tourist aircraft with a more powerful engine.  Libis 180 aircraft was fitted with American “Lycoming” engines (the Matajurs had Czech “Valter” engines). At that time, Yugoslavia did not have such an aircraft.

It flew for only seven years (from 1966-1973). As many as seven of the nine Libis airplanes ended up in accidents, and the main cause has always been the human factor. The tenth was never completed, instead, they burned it down behind the LIBIS production hall.

The aircraft was not intended for beginners’ training. The first to take off with it in 1964 was Martin Poznič,  who flew the plane successfully and without any problems. In 1965, the first Libises were handed over to aeroclubs, making them quite a  prestigious aircraft. However, Libis never achieved the popularity of it predecessor Matajur, as it required more attention when flying, especially during landing. The aircraft can easily swing on the wing as it doesn’t have an aerodynamic wing curl. It does not allow any major corrections during landing, as you can hit the ground with your wing quickly.

In terms of aviation capabilities, the Libis 180 could be compared to similar aircraft from European and American manufacturers. It was also the first Yugoslav aircraft to use “plastic” in its construction. The front and bottom of the bonnet, wingtips, and propeller cap were made of fiberglass and polyester. Unfortunately, there was no further major production, as the fire at the Libis factory destroyed the aircraft production halls.

Today, still above the work desk of Ivan Mavec, a carpenter from Libis.

Ptuj Aeroclub took over an aircraft with YU-CVR registration and factory number 291-11 on April 15, 1966. In total, it did 774 flying hours in the club. YU-CVR was the only one to fly at night. It was used for panoramic flights, towing gliders, and as an air taxi. It also set a national record in flying without stopping. On October 28 1970, Stane Verbančič flew the distance between Brnik and Ohrid in Macedonia in 4 hours and 21 minutes with YU-CVR. They flew with it until 1973, and they kept him in a hangar. Because they were aware of what it meant for the Slovenian technical heritage, they maintained it to the best of their ability.

RENEWAL OF LIBIS IN THE HANDS OF BRANKO BUNDERLA

In 1995, there was an air show in Ptuj and libis YU-CVR was presented at the static part of the event. There it was spotted by aviator Branko Bunderla who agreed with the aeroclub that he would put the plane back in flying condition.

The aircraft was first dismantled and cleaned in Bunderla’s home workshop in December 2003. The renovation was long. It took almost ten years, four thousand hours of his work, and around a hundred hours of coworkers from various fields to complete the task.

You can read more information about the renovation here.

The only remaining copy of Libis 180 flying manual is in possession of Branko Bunderla,
who kindly let us take a photo of it, so we can show it to you

On  June 23, 2020, libis YU-CRV officially flew again exactly 55 years after its last flight.  The aircraft has the official status of the movable cultural heritage of the Republic of Slovenia. It is the only remaining aircraft of this type in the world.

Branko Bunderla says that he was most surprised by how beautiful a plane flies if you respect the parameters, despite the fact that it is dangerous. It is a very energetic aircraft, and the aircraft’s flight controls border on those of acrobatic aircraft. When landing, one needs to be very focused on speed and flare, he says. He feels safer landing on the grass, as the plane has no shock absorbers, only fixed springs.

With Libis 180 towing gliders is much easier than with the Utva or Supercub, for example, he says.
Currently, the Libis has 802 flying hours in total (T.T.-802h), the engine has about 148 hours (TSO-148h), and the propeller after restoring 28 hours of flight time (TSO-28h).

In the future, Branko Bunderla plans to take part in several air shows, tow older gliders, and fly members of the aviation club and pilots who want to do so at their own risk.

At the end of the conversation, we asked him what advice he would give to the younger pilots.
He encourages them to listen to their older colleagues as they will tell them everything. Why to gain life experiences the hard way if it’s not necessary, he says. He added that it is necessary to be thorough when flying and not reckless.

A LITTLE MORE ABOUT FLYING

“When flying poisons you, there is no cure,” says Branko. “It’s not hard to become a pilot, but it’s hard to become an old pilot,” he adds. You learn to fly with training, but to survive all this, it is important to constantly learn, because the older you are, the riskier you are. Young pilots are saved by knowledge, and older ones by experience, he added.

A short video of Libis 180 in action:

Branko is also a president of the Association of veteran airplane restorers. For more click here. 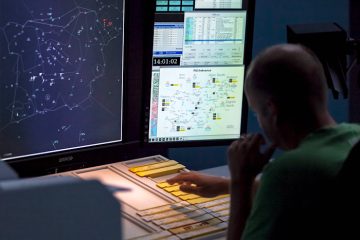 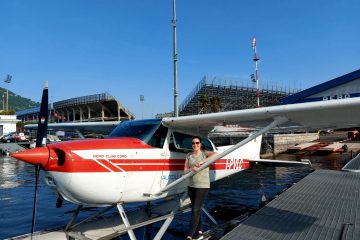 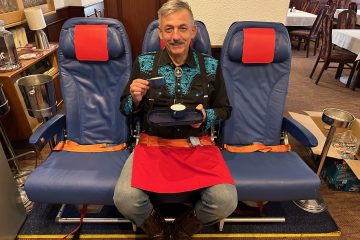